I’m thoroughly enjoying Patricia Highsmith’s Diaries and Journals.  To Pablo I call it “my lesbian love stories,” which is a reasonably accurate description of the first 200 pages—every other week, Highsmith is declaring (to herself) her love for another young woman, and it seems that this feeling is generally reciprocated, and it’s generally expressed in moist looks and kisses, rather than anything more blatant.  I am likely more than usually susceptible to these things for two reasons:  because my own early twenties were so love-starved, because I once told my own diary, “I am a lesbian,” and because I’m now a love-starved 74-year-old.  Three reasons.

Happened across Erica Ridley: The Perks of Loving a Wallflower in the Hamilton Booksellers catalog and bought it on impulse.  It’s a lesbian “bodice-ripper”; I claim that this is pure coincidence, not inspired by reading Highsmith.  In fact, decades ago I was quite enamored of Isabel Miller’s Patience and Sarah (originally published as A Place for Us), another lesbian love story (dare I say it’s a “period piece”?) and quite a cut above the Ridley.  I went on to read other of Miller’s (and Alma Routsong’s) novels.  “Miller” is Routsong’s nom de plume.  Ridley’s book is modestly amusing and entertaining; hoping that things work out for Philippa and Thomasina.  I find the situation preposterous and anachronistic, but who cares about my ignorant opinion?

Watched the last half of an episode of Nova, “Arctic Sink Holes,” which reveals the ongoing release of “fossil methane” due to thawing permafrost.  This is in addition to the methane released from the permafrost itself, but it also has the potential to be a far greater environmental catastrophe than the latter because there is so much more methane involved.  Just what we needed: another tipping-point which we are already exceeding.  Most of the effects of this fossil methane will occur long after I’m dead.  “The End is Near.”

After Nova I watched an hour-long documentary on Greta Thunberg, who I find more impressive and inspiring (and adorable) than any other human being alive.  Of course, the former guy and all the vile repugliKKKans hate her, and many express that hate in despicable ways.  They can suck lemons or pickles, whichever they find least… uh… suckworthy?

24, 11, and 5 are the number of views received by the three parts (in chronological order) of Hap the Crystalwright on my blog.  So I’ve been losing half my readers for each new part.  Of course, the latter parts have been available for shorter times, but it’s discouraging to see how little readership the story is developing.

Long visit from Pablo today, followed by CPC group and significant diarrhea, has kept me from doing much work.  Now at 6:00 I’m thinking I’ll just go to bed and read novels and such.

The diarrhea was as bad as I’ve ever had it.  The next morning (yesterday) I had a late, light breakfast and felt some nausea; I couldn’t tell whether it was some intestinal bug or a return of my gastritis [probably a bug].  Lunch went much the same, but after dinner I felt okay.  I spent the day napping, moping, reading, and being as self-indulgent as my limited diet and other rules permitted.  Watched one DVD, Looker (2007), a disappointment from Michael Crichton and a good cast (Albert Finney, James Coburn, Susan Dey).  Scores of 32% and 41% from Rotten Tomatoes.

I’m concerned about getting enough protein in my diet.  It’s all well and good to go vegetarian, but if that means eating a decent breakfast, with little but junk food the rest of the day, then it’s not working.  I should eat more cheese—I have string cheese for snacking—and get some other things.  Nuts and dried peas, for starters. On reading the Merck Manual I learned that adults require 60 grams of protein a day, while I’ve probably been getting closer to 30.

Hemlock Club today.  Last week I posed a “question of the day,” to wit, “Who are you trying to please?”  I sorta changed that to “Who are you trying to impress?”  I had intended to follow that with a quote from Fritz Perls, but had neglected to bring it with me.  Neither version gained any traction.  I had another question for today that came to me in bed this morning, but I failed to write it down.

Learned something of The Zettelkasten Method of note-taking, which I may adapt to suit myself, or I may just forget about it.  It could be merged into the Bullet Journal method, perhaps.  I’m sorta following the latter, and sorta not.  That is, I carry with me up to six separate little notebooks (mostly Moleskines), thus:

The Willpower Notebook is where I record the rules I’ve come up with to try to get my life and habits under better control.  I started this one on reading Kelly McGonigal:  The Willpower Instinct (highest recommendation). Losing weight is quite enough to justify a separate notebook, but I have other challenges as well, such as TV viewing and novel writing.  I’ll talk more about this approach at another time.

I don’t follow the BuJo rituals of monthly and yearly reviews; this diary absorbs those thoughts.

Meeting with C tomorrow to discuss her latest.  Pablo called me just now, reminding me to send him the story, which I did.  He also was concerned that C doesn’t want him there.  I did not reassure him, but neither did I suggest that he not attend. 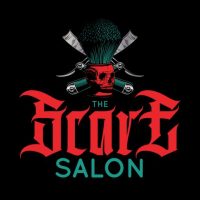