Copyright 2021 (text only) by Alan Carl Nicoll
All Rights Reserved

A long dream of trying to find a bathroom with a working toilet.  It was in a large building with many closed doors.  The only interesting thing was, as I wandered around the halls, at one place I saw a tiny black padlock floating in midair.  I’ve had this kind of dream many times, and as usual when I woke I needed to pee.

“…the volcano…a mixture of Pandora and her box…

“Could this figure be intelligibly illustrated, even in a grotesque cartoon? This is a convenient question for testing the legitimacy of metaphors, because a metaphor that does not convey a clear picture has a distracting effect on the reader’s attention. The answer here is ‘no!’” p. 213.

“This writing is the product of a highly imaginative and impatient mind. Unless the reader thinks at a furious rate, he will find that the word-pictures succeed one another too rapidly for his comfort: the impression of the first will not have faded before the third and fourth are imposed upon it. Since these pictures are not interrelated, the result will be a confusion…” p. 214-215.

Finally, I wrote a note while reading:  “Make facts and referents accurate and unambiguous,” which is a summary of about half of the authors’ rules.

But enough of this book.  I’ll keep it on the shelf for a while, perhaps dump it later.

Marie Antoinette starring Kirsten Dunst is peculiar and boring, though I like Dunst.  I can’t really call myself a “fan” of any actor or actress.  I call the movie “peculiar” because it uses a lot of modern music in the soundtrack, including recognizable pop/rock songs—to me a bizarre and horrible decision.  I watched the first hour, then began skimming.  I suppose that the costumes and sets deserve some praise, but meh.  Enough.

This morning I plan to use the poison foggers I bought about a week ago, in the vain hope of killing off the bedbugs that have staged a comeback over the past couple of weeks.  Because daily temperatures are running above 100°, I have been putting this off; ideally, I’d like to go to the library for a couple of hours, but the library doesn’t open until noon, so I’ve avoided that possibility.  It occurs to me to go out for breakfast, then on to Trader Joe’s.  I’ve been wanting to go there to get a better kind of dates, Medjools, than the more commonly available Deglet Noors, perhaps a third of which are always unpleasantly woody.  Of course I could just do without, or make do, but I’ve been spoiled by the Medjools that Pablo supplied me with a couple months ago.  With three bus rides each way, the trip will keep me out for long enough for the poison to fail to do the job, then dissipate somewhat (or at least for the smell to die down).

Watched two of the Nicolas Cage movies in a DVD package (six movies, $5) I bought at Wal-Mart.  Joe was too blue-collar and lowlifey to hold my interest, so I turned it off after twenty minutes.  Drive Angry was fun but preposterous, recalling Cage’s Ghost Rider in some ways.  Lots of nudity and gore.  Knockout blonde supporting actress Amber Heard almost stole the show.  I’ll say no more, not wanting to add spoilers.

My first reader of Kick Me, Nog, offered endless praise, apparently sincere, so that’s encouraging if not necessarily believable. I read all his comments except for a half dozen pages where he went on at length; I put those aside to read later.  My next step is to write about my “worst” year, 2020, and do as much editing as I can get done in preparation for turning it over to Ben.

Hemlock Club today.  It is my intention to take with me the “half dozen pages” that I put aside from Kick Me, so I can read them and discuss them with Nog.  I’ll also be taking three copies of one or two of my favorites of the poems I wrote.

WordPress continues to annoy me.  When I view my own blog posts, my views are listed in the stats along with the views by others.  This is very annoying.

Reread the 6/9/21 entry, which I posted on the blog as “Creating Characters.”  It’s modestly useful regarding the title subject.  The conclusion was essentially this:  the way to think about characters is to think about their role in the story (and not so much who they are).  Presented that way, I’m inclined to argue the other side:  decide who they are, then let their role develop naturally.  I think either approach could work…it’s like X vs “pantser,” as approaches to creating a first draft (“X” meaning I don’t know what to call the opposite of “pantser,” which means “seat of the pants”).  I think the latter approach would be best for the HCN [Hemlock Club novel], where who they are will be much of the interest of the novel, and not so much any plot I can come up with (i.e., the role of any character is likely to be ill-defined, aside from “antagonist).  So, I might call the characters Pragmatist, Idealist, Platonist…

I printed most of that 6/9 entry.  Having a paper copy will enable easy rereading, because things in the diary get forgotten unless I extract them and add them to the A-List or do something else to make them more readily accessible.  Maybe I should create an index?

Reading in the diary is always entertaining, but it’s also discouraging to see how much I can write when I’m motivated; the 6/9 entry runs to almost three pages.  Perhaps that should be encouraging?

Here’s what I should do today for KM:  get a notebook in my hands and write the “2020” chapter.  Why a notebook?  I can write on the keyboard…maybe best not to question the impulse.

I haven’t written about the Hemlock Club meeting, and don’t want to.  The KM pages with extensive notes from Nog didn’t generate much discussion.  Nog read some passages from Hesse’s Steppenwolf, which he is reading.  I got annoyed about the full-page-plus description of what one character “saw” in another character’s glance, and complained about it being nonsensical.  Henry James and Turgenev came to mind but I didn’t really talk about their similar practices that had annoyed me; I’ll discuss these below if I get the energy.

Pablo talked about Steppenwolf and how he saw me as the eponym.  In reading it last night, I found that, as usual, he’s full of shit.  In addition to breakfast at Panera Bread, I bought two bottles of water, coffee for Pablo, and a box of four large, gooey cinnamon rolls which were consumed and raved about by all (despite qualms), with one left over.  Notes about the HC:  Nog said, “The road to hell is paved with good intentions,” and I replied, “Not in my case.”  He then said, “Damnation apathy,” which I took to be a label for those who have given up trying to be good.  Finally, Nog mentioned “Ustakadidwas,” which he translated as “a used-to-could-did-was,” something like a self-criticism, a label for himself as being feckless or ineffectual, though perhaps it’s something inflicted on him by a family member.  It was more or less agreed that Nog and Pablo would read and reread, respectively, Steppenwolf.  I likely will also, since I’ll want my opinion to be well-grounded.

Now about James and Turgenev:  Henry James, early in The Ambassadors, describes a scene in which a man approaches a woman he is meeting in a park or something.  When he sees her, he pauses; and James then goes haywire in describing his thoughts, her thoughts, and their virtually telepathic interplay of thoughts—nonsense.  Turgenev, in Fathers and Sons, describes the eyes of a mother, I think looking at her son, and T waxes eloquently at length about what these eyes reveal.  I mocked this by saying, “And if you looked really closely, you could see the reflection of the assassin sneaking up on James Bond”—which happens in the movie Goldfinger.

At the HC I concluded my interruption by saying, “Maybe I need to let the author tell his story in his own way”; but maybe the reader is also entitled to his opinion.  Let’s strike those “maybe”s.  A writer is entitled to do silly things in his writings; and I am entitled to scorn those things as being silly, and so, not worth my time.  Whose is the failure?  Or should I ask, whose is the bigger failure?

Copyright 2021 (text only) by Alan Carl Nicoll
All Rights Reserved 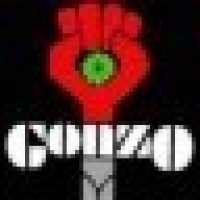 Essays, Reviews, and Random Ramblings on Whatever