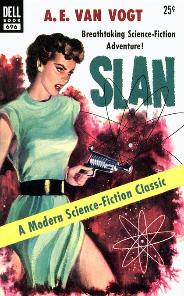 Hemlock Club yesterday:  J, Pablo, and me.  I gave out copies of part of what I wrote here on 4/5, that is, the business about “understanding.”  Pablo left early to score some free food.  J and I discussed the handout, which is to say that he said a number of things not much “to the purpose,” mostly trying to persuade me that astrology is a science, and that there is a consensus among astrologers on how to do it and what it means, something like that.  He was not successful.

Pablo had brought a book on synchronicity at my request.  I read the first two or three pages.  The author described an incident in which he was driving on a turnpike on an ordinary day, etc., and the thought “Rushdie” occurred to him.  He knew of the author of that name, but could not imagine why the word should pop up at that time.  Then a car raced by on his right, and the license plate said, “Rushdie.”  He then recognized this to be a “warning” by a “sympathetic intelligence,” to wit, “Rush-die.”  Something would “rush,” with a danger of death.

Piffle.  If a sympathetic intelligence wishes to offer a warning, it should be understandable before, not only after, the fact.  Something like “Look out” or “On your right” would be far more effective than the cryptic and therefore useless “Rushdie.”

The rest of the day was little noted and will not be long remembered, except:  I took a pill, masturbated, took a nap, and discovered that the pill had not worn off, so I had some fun trying to reach a second orgasm, got close, but failed as the clock ran out.  If there’s a lesson in this, it is, don’t wait four hours.  I found it surprising that I was able to get close.

It is more than a month since I bought the tricycle, and I haven’t ridden it once since that day.  What a genius I am.

I got one comment on my “Common Good” Meetup group.  The guy “isn’t convinced about climate change.”  Please go away.

I’ve been reading McChesney & Nichols:  People Get Ready:  The Fight Against a Jobless Economy and a Citizenless Democracy, and also immersing myself in Free Speech TV.  The interview with Gar Alperovitz of the Democracy Collaborative was the most encouraging part.

Since I stayed home yesterday, I had time to watch two movies, both sequels:  Ring 2 and Pacific Rim Uprising.  I enjoyed both, and both were mostly by-the-numbers sequels or a bit more.  Ring 2 gets a stingy 1½ from Videohound; I’d add at least a bone, finding it scary and not more preposterous than the original, with a very good performance from Naomi Watts and the young boy and good music.  PRU was rather less satisfactory, not quite as amusing as the original, and I wouldn’t recommend it except to undemanding fans of the original.

Salomé has finished my portrait; I’ll be getting it today at Dagny’s.

Completed a trace request on the packages to Zena.  I’m pessimistic.

Watched What Maisie Knew on Blue Ray last night.  This is the recent version with Julianne Moore.  It reminded me of my conclusion about pets:  when pets become inconvenient, they get it in the neck, hence don’t own pets.  Two egotistical, self-centered parents make Maisie’s life a hell.  The too-convenient wish-fulfillment ending and some rather tedious music-video footage soften the impact of this sad story.  The child star is very effective, as are all the actors, and the music is good.

Received 118 movies in the mail yesterday from Hamilton.  The largest package is the worst:  100 Cheesy Movies from the ‘70s and ‘80s, more or less.  I read through the titles and found few I’d ever heard of.  One exception that I’m glad to have:  Anthony Perkins in How Awful About Allan, from a book I read, by the author of Whatever Happened to Baby Jane, I believe.  I think I also saw the movie.

Watched 45 minutes of Roger Corman’s Galaxy of Terror last night on cable.  I saw this when I came out.  It’s quite horrible…

Reading A. E. van Vogt:  Future Glitter and quite enjoying it so far, though the self-justifying “Preface” was something of an embarrassment.  Has some interesting insight into the mind of a sycophant, which is timely today.  [The novel is set in a possible future in which the whole world is controlled by a Stalin-like figure.]  Two quotes:

“Williams thought:  because of that man—Lilgin—I had not one moment of truth in me.  I lived not one second as a thinking person where I was not twisted; since childhood I have striven to fit into his crooked frame.”  Ace Books, New York, 1973, p. 51.

“The ultimate judgment has been rendered on scientific research.  It has no value except in relation to the needs of one man.”  p. 61.

Of course, we haven’t reached this extremity yet with Trump; and, to date, as far as I know, his beheadings have been entirely metaphorical.

Reading Future Glitter stimulates me to talk about van Vogt and his style.  Plot holes don’t matter, characterization doesn’t matter, setting a scene and metaphor and prose style and even science howlers don’t matter.  What matters?  That is less clear.  He hooks you early and often, he keeps you hanging by keeping his protagonist in the dark about something important, he wows you with ideas (sometimes verging on the ridiculous), and he finishes it off with a bang.

Or something like that.  Perhaps his focus is on tension, and keeping it as strong as he can.  Put a nascent superman into a situation where he seems completely overwhelmed, and have him discover something in himself that makes him master of the situation.  That’s a typical plot.

I thought about writing a story in which an autistic kid examines people in his environment, characterizing them something like:  not repulsive, not attractive, a zero.  He is fascinated to the point of mania about something, like rocks, or birds, or insects, or microscopic life (perhaps best of all).  It’s not at all clear how to turn this into a story, even a van-Vogt-like story.

Likewise my being prohibited normal pornography, forcing me back on my own resources, i.e., fantasy.  What do they imagine that I will fantasize about?

In other news, the post office tells me that the packages to Z were delivered to the address she gave me.  The only remaining recourse is worthless:  filing a report with the police.  Though I think it’s FBI jurisdiction.  Anyway, there’s no future in that.

The horrors of this present administration are likewise beyond my comprehension, and indeed beyond belief.  The President has become a dictator claiming victory, encouraging public violence, and preparing wars, half the Congress and state governments are completely corrupt and treasonous, and 41% of the population are fine with all that and seemingly can’t bring us to fascism (and the return of slavery) fast enough.  The Democratic response has been generally disappointing, but perhaps they worry about sounding “shrill.”  And the MSM are addicted to Trump-tweet-crack because ratings.  If I exaggerate, a) it isn’t by much, and b) it’s because the horrors to come exceed my imagination.

Mornings on Free Speech TV are clogged up with six hours of Stephanie Miller and Thom Hartmann.  Both shows are fine when the hosts are focused on what I want to see, i.e., news and analysis, but Miller’s show is 50% either filler or obscured by the slap-happy approach to everything, and Hartmann’s callers are too often useless idiots.  The best thing these days on FSTV is quick lectures (like 2½ minutes) from Robert B. Reich.

Bought six books from eBay—five by van Vogt (trying to complete my collection) and one by Noam Chomsky.  These were in two groups of three, with free shipping, and if you buy three you get one free—so, a new way to buy cheap books that are otherwise hard to find.  I was looking at “van Vogt lots” and saw some deals, but this approach was better.

Watching some movies from the 118 I received.  In the “100 Cheesy Movies” package, Cave Girl had some eye candy, How Awful About Allan was so awful (predictable) that I turned it off after half an hour, and The End of Time was a cheesy sci-fi flick that was almost worth fast forwarding through.  In the Psycho four-pack I watched the Hitchcock original for the hundredth time (exaggeration), and enjoyed it as much as ever, which is to say, I watched it and laughed out loud at some parts.  I paid some small amount to get three Richard Pryor comedies, wanting the terrible movie The Toy because my old flame Teresa Ganzel gets to display her memorable cleavage for some time.  The other two include Gene Wilder in Stir Crazy which I wouldn’t mind seeing again, and See No Evil, Hear No Evil, which I haven’t seen.  Such a deal.