{12/8/18}  Of all times for a bus not to arrive, the first day of a new Meetup has to be one of the worst.  So I was twenty minutes late to the start of Writers Writing, but it doesn’t seem to have mattered—looks like nobody else is here for that.  Though there are a lot of people at Dagny’s on this foggy, forty-degree Saturday morning.

Last night’s sleep was miserable.  I turned in at 11:00, woke at 1:00, read for a while, a full chapter of Beyond Culture, slept some more, wakened before 4:00 by a bedbug bite, killed the bastard, slept until the alarm woke me at 6:45.  There may have been other awakenings in between, and it was always a bit difficult to get back to sleep.

Had a dream about Ed.  He was asleep on a sofa and it was hard to wake him, but I don’t remember anything else.  Dreaming about him is always upsetting because I love him and don’t know what’s happening with him.

Diary entries are popular on my blog, most of them getting six or more views and five or more likes.  Now I’m going to work on my revision of KM.

Got some good work done on KM, then took Pablo to breakfast at Lorene’s.  I had planned this in bed this morning, three eggs scrambled, wheat toast, orange juice.  Turns out their OJ is fresh-squeezed, which really makes a difference in taste.  The eggs, alas, were not hot, so the experience was somewhat less than imagined.  The conversation was negligible, too, and I soon came home and took a long nap.  Had a hot chocolate at Dagny’s for a rather outrageous $3.00 and didn’t even burn my mouth.

TV tonight has nothing to offer me.  That’s good, because it encourages more worthwhile pursuits; that’s bad, because I miss out on some good or great movies.  I’ve caught a few episodes of The Simpsons on FXX, but they’re not always as funny or deep as I’d like.  What’s astonishing is that they remain on such a watchable level, but my ambition drives me away again.  So it’s love-hate, as with so many of my entertainments.

I was looking over my DVDs, wanting some diversion, but didn’t find anything I felt like watching.  Maybe the Keira Knightley Pride and Prejudice?  Among the DVDs I sold to Bookhounds were seasons of Bates Motel and Agents of S.H.I.E.L.D.  I really enjoyed both of them, but I couldn’t work up any enthusiasm at all to watch them again.  In part, it’s because it’s such a huge time commitment for nothing but entertainment.  I still have the Sarah Connor Chronicles, however.  Summer Glau’s Terminator character is fun and rather adorable, but overall, meh.

I have about half a dozen seasons of The Simpsons; given that selling them to Bookhounds is worthless, I guess I’ll be in no hurry to get rid of them.  Selling them on eBay or through Amazon is possible, but that’s rather more labor-intensive than I feel like just to get a few bucks.

Spending about $27 for breakfast is not the way to save $200 this month.  I won’t do that again, especially since I didn’t enjoy it that much.  I might just treat myself, however.

I entered the quotes from Susan Cain:  Quiet, and Snell and Gail J. Putney:  The Adjusted American.  It was a lot of work, justified in the case of the Putneys (four pages), unjustified for the Cain because they didn’t seem particularly interesting or useful.

The Hemlock Club discussion was very good, especially because L had a copy of my “What is it Like to be Me?” which he wanted to discuss.  We took turns reading aloud the five pages.  M and Pablo were also there and discussed something technical about music which I ignored.

I went to the library today to pick up some of the Great Courses that I had requested.  Turns out the DVD versions are treated (at least at this branch) as normal DVDs, i.e., $2 per case per week.  This I considered unreasonable.  I took the other two, which are CDs and hence free, but of course they’re CDs and so less, uh, watchable.  I’ll try getting that course from a hold at the Beale, and see how they handle it.  It would have been $8 for that course, something about philosophy and being “the smartest person in the room,” which of course is what one generally wants to be.  Foolishly.

The weight increase looks like a wakeup call.  Maybe I need to pay more attention to how I’m living my life.  Yesterday I ate half of a chocolate cream pie instead of dinner, and I concluded my day with “another day shot to hell,” suggesting that I felt that I had wasted my day.

Here’s what I recall.  Breakfast was my standard, no real room for improvement there.  In the morning I spent an hour getting the Cain quotes into the computer, and looked for things to watch on TV.  I did have Democracy Now on, but ignored it in favor of Twitter.  DN rarely commands my full attention.  Then I went to the library and picked up groceries on the way home.  The rest of the day was spent on the pie, the Putney quotes, naps (two long ones), TV, and Twitter.  I recall no reading until bedtime.  The diary entry took little time.

Conclusions:  I should never buy a full-sized cake or pie, if I want to lose weight.  If I want to do more work, I should do more work, or at least some reading, in place of overindulgence in Internet browsing and studying of the TV schedule.  How much do I want these changes?

I come back to the final sentence in this quote from the Putneys:  “When normal behaviors leave him deprived, the adjusted individual is relatively helpless. In the first place, he does not have a clear idea of what he is seeking; he has learned a lot of customs, not an understanding of human needs. In the second place, he has learned to take for granted deprivation in certain areas of his life.” p. 10.

The main “deprivation” I feel is in friends.  However, I have not taken this for granted, because I have worked to change it by establishing Meetups and seeking other Meetups to attend.  Pulling this thread leads to questions like, “Do I know how to gain friends?”

A better question is, what more could I do?

When I consider my acquaintances as potential friends, I find little to work with.  In particular, my apartment is not really suitable for “entertaining” and wouldn’t be much better even if the bedbug problem were completely solved (let’s say, one full month with no evidence of infestation).  This is an area I can work on (again).

I don’t know that these general considerations are getting me anywhere.  I’m rather convinced that they’re not—though not a waste of time, either.  But self-analysis is difficult, and I’ve had this problem for most of my life.  So there aren’t going to be easy answers, or maybe, any answers.  I can try discussing this with Pastafazoule when I see her in three days, but it seems rather lame to go in and say, “How can I get more and better friends?”

Friends spend time together for two reasons:  to share activities, and to “mark” occasions, such as holidays.  But it is only shared activities that can develop a friendship.  I engage in activities that can lead to friendships:  writing and reading.  Of these, reading has less potential, and typically is engaged in through book clubs.  Well, I’ve already rejected continuing to pursue book clubs, for solid reasons.  Writing, I’m trying, with “Writers Writing.”

Which leaves, “what other activities?”  Maybe activism.  So, as I’ve thought before, I should go to the Bakersfield office of the Democratic party and tell them that I want to volunteer.

Another thought:  go knock on Salomé’s door with something in hand, some kind of small present like food or flowers.  I didn’t say it was a good thought—though it’s not a bad thought except that I don’t know where she lives.  I could call her and ask.

I’m not going to, however.  I sent a DM to Pablo, asking about it.

So, have I accomplished anything this morning?  Yes.  A DM to Pablo, and a message to someone who inquired about Writers Writing but never responded to my answer. 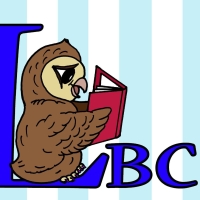 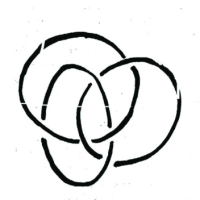 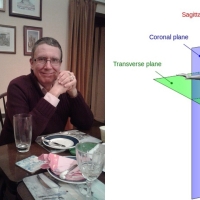 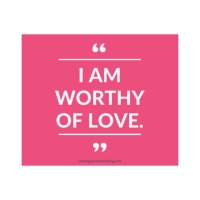 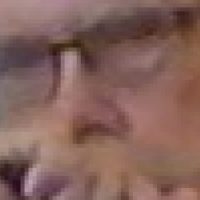